How Music Influences the Art of André Monet | LUNO | Luno
2021: Due to Covid-19 and USPS shortages, sourcing parts from some vendors has been substantially delayed. Production lead times are currently longer than usual. Please contact us at info@iamluno.com, if you have questions regarding lead times or order status. We appreciate your support and patience and are doing the best we can to complete orders in a timely fashion. The connections between art and music were formed thousands of years ago, and continue to this day. When vinyl records came on the scene, the art of album covers gave fans one more reason (besides the music) to get the record. Even today, album cover art still matters.

When music videos started to become really big in the 1980s, they were created with much artistic expression, which continues to this day (even though how we watch music videos has changed in the last 15 years).

LUNO decided to explore some of the connections between art and music by getting the opinion of an artist who has worked close with the world of entertainment. We asked world-renown artist, ​​André Monet about how music influences him as a person and as an artist:

“Music has always been as much part of my life as the art it inspires. My early love for everything Led Zeppelin. My obsession for David Bowie and Nick Cave were constant companions as painted and perfected my craft. Painting is a solitary profession. I don’t work with assistants.” Monet, who was born in Canada, worked in fashion and entertainment, and has exhibited his work around the world. His multi-level portraits of the iconic figures of the music and movie industry are engaging for their depth. Where does Monet find his inspiration, if he doesn’t have assistants?

“So the music I listen to while painting becomes my only companion. It inspires how and who I paint. “

“Hip Hop has become the motivator for some of my biggest pieces. Pop culture icons like Jay Z and Drake have not only inspired my canvases but become them.” Some of Monet’s most impressive portraits are those of stars who have passed away. There’s just something special about the eyes and the facial expressions of the icons who are no longer with us. It’s as if Monet brings them to life in his paintings.

“The devastatingly beautiful yet tragic sounds of Amy Winehouse have birthed her portrait and inspired so many others. I have spent countless (days) with David Bowie, listening to and painting him. And Leonard Cohen- who needs no words to describe- has been a constant companion. His music, his lyrics and notes, all tapestries and background to so many of my paintings, including his own. I cannot paint without music” Our record consoles are works of art too.

Order one today at iamluno.com

(ask for the one inspired by Frank Zappa). 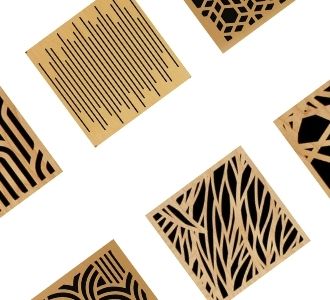